In his ministerial foreword to the recent DWP paper on Standardised Cost Disclosure, pensions minister Guy Opperman pledges “to make it as easy as possible for pension savers to have access to comprehensive and transparent information on costs and charges”.

Talking to civil servants since the paper’s issue, I detect that this will be one of the minister’s top priorities for 2021. So, is he simply tilting at windmills, like so many that have come before him, by imagining giant savings to be made from slaying inflated costs and charges? Or could technology be his pragmatic Sancho Panza – delivering something that really helps people to deploy their savings better?

WIIFM or ‘What’s In It For Me’, is the marketing idiom that we know rules individual behaviour. To be effective, cost and charges disclosure will need to be sensory, and create emotions that will fuel the call to action. The disclosure must be relevant to the individual, and the action to take and the path to follow easy and obvious once that new information has been conveyed.

As such, the time has come to ditch percentages. As an actuary, I know that saving half of one per cent every year until retirement will make a worthwhile improvement to my standard of retirement living. However, this sort of disclosure leaves most cold – they simply don’t know what to do with it. In contrast, my online stockbroker this morning sent me a message declaring in a bright green colour “you’ve just saved £2.73”. I know it’s silly, but it sparked a moment of warmth for me. 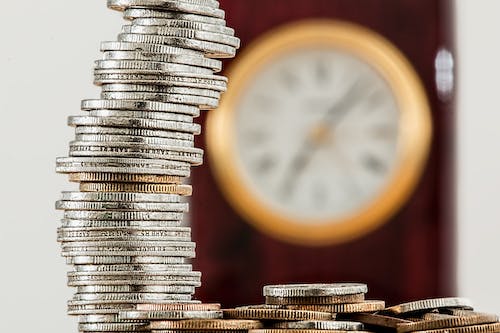 The pensions equivalent of this will be to set out, in pounds and pence, the charges you will be paying in the coming year. By itself that doesn’t mean much, but to add depth and perspective we can draw on the fact that most people have a number of pension plans. Since the advent of auto-enrolment in the workplace that number has been growing rapidly.

The Making Auto-Enrolment Work Review commissioned by government at the outset of that programme revealed that the average Brit has 11 jobs in the career, so you can see how quickly having multiple pensions is increasing total charges they could be paying each year.

Soon the pensions dashboards will reveal where all those pensions are. Using technology, we could easily show the charges that each of those pots will bear over the next year, and the cost savings that would be made if the multiple pots were consolidated onto any one of them.

A simple league table – we all love a table – can arrange them in the order of which pot will give the greatest savings when all pensions are consolidated onto that one. Our consumer may want to widen their horizon beyond their existing providers, so the same piece of kit could allow them to add another couple of potential consolidators into the mix.

Why did I pick one year as the period to look at? I feel it’s so much more relevant and more ‘here and now’ than the traditional projection to retirement. But hey, let the consumer choose! Remember, if we are putting this on a piece of technology, then there are neat tricks to roll out to further engage the user.

Let’s have a digital ‘slider’, to allow the consumer to shift the timescale to what’s relevant for them. They might choose to look at charges over the next five years if they see that as the period to their next major life event, or anything shorter or longer depending on their plans.

As if by magic, as they move that slider the league table will re-adjust itself! Because different pension providers place more or less emphasis on particular elements of the charging structure, moving the timescale will reveal who should be your short term favourites and who will deliver over the long haul.

If the consumer feels their earnings position is likely to be stable from now until retirement, then they can afford to look long term and let the cream rise to the surface. However, if their situation is volatile then they should draw their eye in close and realise available cost savings now. The league table will point them clearly to which scheme would be best to consolidate all their pensions onto.

Returning to WIIFM, I have one final, slightly heretical, point to advocate. We need a near term benefit if we are to successfully turn thoughts into actions. So please don’t try and tell the consumer how much bigger their pension will be by reducing its charges. Consumers are seldom quixotic. For most, retirement is so far away that they can neither see whether what lies off in the distance are windmills or malevolent giants. Nor will they care enough to do anything now.

Instead, we should turn the answer back into contributions. Technology can reverse the projection engine, adjust for tax relief, and show that if they consolidate onto the best provider then they can afford to reduce current contributions by this number of pounds per month!

Money in your pocket tomorrow is the ultimate WIIFM! Of course, they might choose to continue current contribution levels and allow the cost savings to accumulate in their pension but give them that choice, generating another warm feeling which further stimulates engagement.

Key to this whole approach has been to make the process relevant to the consumer, both in terms of what we’re sending them and how we present the answers.

And by using technology, rather than old fashioned paper disclosure, we have drawn the consumer into the process of setting parameters and engaged their attention with moving outputs that dynamically reveal which providers are the heroes and which can be proved to be the real villains, bearing in mind our own personal financial objectives.