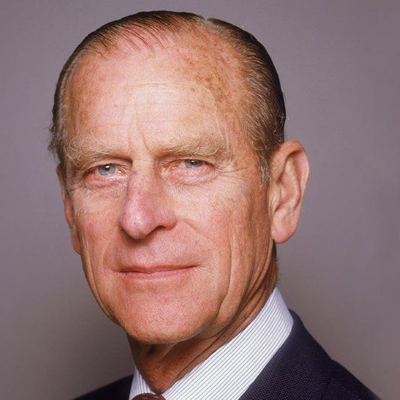 Prince Philip the Duke of Edinburgh had a long and colourful life. Much has been said about the man and the service he gave to the country and Commonwealth.

He was of course a man well-travelled. Born in Corfu, honeymooned in Kenya, first marital home in Malta, venerated in Vanuatu.

He was a man from a generation known as the Greatest Generation, a demographic cohort defined as those born between 1901 and 1927. This is the generation that were shaped by the great depression and old enough to be involved in the second world war. Prince Philip was of course born in 1921 and his wartime naval heroics of his early career are well documented.

Nearly 20 years before his birth, The Old Age Pensions Act 1908 was enacted in the UK, under Prime Minister Herbert Henry Asquith. The UK’s first state pension paid senior citizens over the age of 70 the equivalent of £23 per week in today’s money. Payments were means-tested and you were only eligible if you were also a person of ‘good character’.

By 1911 the National Insurance Act laid the foundation of the modern welfare state which arguably, together with the anachronism of monarchy, best illustrates the ambiguities, nuances and quirkiness of Britishness.

Fast forward to today, the UK has a mature and complex pensions landscape, perhaps more sophisticated than anywhere else in the world. The Pensions Regulator (TPR) has this year published a paper on the Pensions of the Future. Focusing very much on workplace pensions savings, it makes for a good read. It drills into the challenges faced by more familiar demographic cohorts: Baby Boomers, Gen Xers, Millennials and Gen Zers.

Triggered by workplace savings and auto enrolment, the TPR predicts the risks that these pensions schemes will have to the financial stability of the country. The paper lays out key trends in the pensions landscape of the future; from changing patterns of work and retirement; growth in dominance of DC pensions; increased innovation and integration; demand for stewardship in both the investments and technology driving and enabling necessary changes.

In other parts of the world, pensions provision has followed on similar principles of universal cover, driven through the workplace and public pensions. In Corfu, they have more recently had to re-adjust pension provision. Greece was well known as having some of the most favorable pension rights of any EU member state. The unsustainability of their generosity led to international bailouts and the raising of the age of retirement eligibility.

In Kenya, the Employment Act of 2007 provides occupational pension schemes through a national insurance provision called the National Social Security Fund. This type of retirement provision seems to be the prevailing method in many sub-Saharan countries. As some readers may know, I have an involvement with a charity in Uganda, called Singing Gorilla Projects. We employ around thirty people there. We of course not only have to deduct tax from the payroll, but we also contribute monthly to the National Social Security Fund (NSSF).

Returning to Europe, Malta (the land of my birth) enacted the Retirement Pensions Act in 2015. Here contributory state pension, occupational schemes and personal pensions sit side by side. British expats who want to transfer their British retirement savings to Malta are able to do so using QROPS regulations. So, all in all, not a bad place to spend your golden years in the sunshine and the azure blue waters of the Mediterranean.

Prince Philip was of course venerated as a god by the Yaohnanen tribe on the island of Tanna in Vanuatu. Pension provision here is provided by the Vanuatu National Provident Fund (VNPF) established in 1986. The VNPF is an occupational arrangement, covering people in formal employment only. As much employment is informal, many fall outside of provision. I too have a connection with the surrounding islands of Vanuatu, as the grandmother of my grandmother was from Fiji. Small world!

Since 1908 Pension provision over the life of Prince Philip has become universal. According to the World Bank’s five pillar framework, countries have pension provision arrangements which fall into one or more of its five pillars. The more sophisticated and varied the pensions provision, the more pillars are complied with.

Perhaps as we look forward to the next 99 years, the pension pillar framework will provide the steppingstones and roadmaps for subsequent governments to revise and update pension provision not only here in the UK but also in Corfu, Kenya, Malta and Vanuatu.